Barcelona flew to San Sebastian last night, where they spent the night in a hotel getting ready for the clash with Real Sociedad this afternoon. Ernesto Valverde was boosted by the return of full backs Jordi Alba and Nelson Semedo ahead of the Clasico.

The two could start over Junior Firpo and Wague who played in the last game, or Sergi Roberto could feature at right back. Junior has not taken advantage of his time in the team. Dembele and Arthur are still out injured, meanwhile. 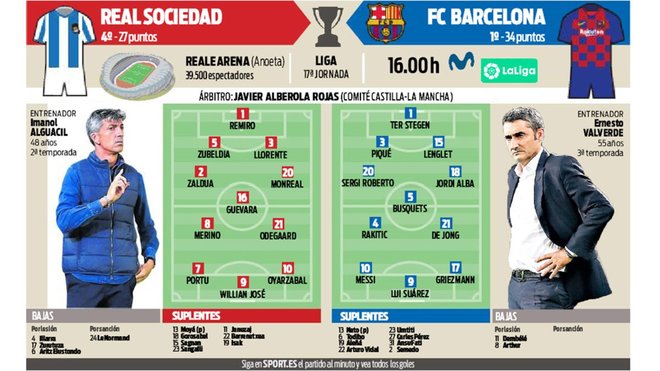 Valverde confirmed that Aba and Semedo are ready to play, although will be lacking match fitness. So maybe only one will be risked to start, with a Firpo replacement more important. Especially given Alba's connection with Messi.

All clear: No coronavirus cases at Barça after latest tests

Bartomeu: "We need to renew Ansu's deal so he plays at Barça for life"