Barcelona and Manchester City have been talking about full-back swap deals and Eric Garcia, who wants to return to the Blaugrana this summer with one year left on his deal in England.

The two clubs will intensify talks after the Champions League ends to avoid sporting conflicts, but Barça are clear that City's No.1 target is Sergi Roberto.

The Premier League side want Roberto over Nelson Semedo and would be ready to pay a high price. Barça will listen, but their priority is to retain Roberto and move on Semedo this summer. Roberto doesn't seem keen on listening to offers, either.

City's interest in Roberto is not new. They asked about him earlier in the year but then the coronavirus pandemic halted everything. Later, the two clubs negotiated through Jorge Mendes a possible swap deal involving Semedo and Joao Cancelo.

The operation was about to die until Eric Garcia's name came into it. The centre-back could be involved in a beneficial financial deal for Barça, although City haven't given up hope that the youngster will agree to extend his contract. 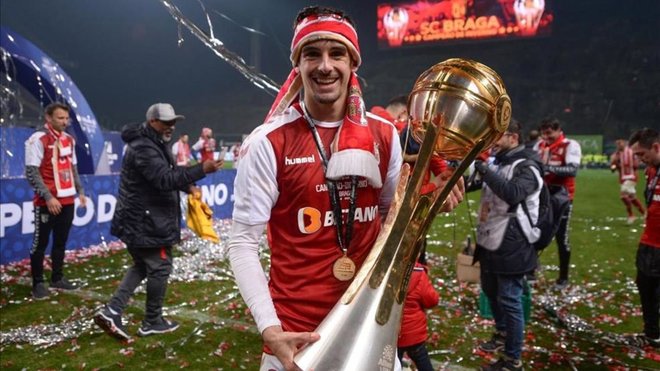 Francisco Trincao: "When Barça callled for me, I was speechless"

In the most recent talks, Roberto's name's come up again. They know Barça need to sell and that one of the right-backs at the Catalan club is likely to leave this summer.

For the English team, Roberto's great value is in his versatility and his ability at right-back. Bará, for now, haven't gone too far on the subject because they have other priorities. Roberto's camp are aware of City's interest. It's not new.

He's in a good moment professionally and not looking to move. He's earned his place in the team, either at right-back or in midfield.

Another factor which could influence talks is his contract. He is out of contract in 2022 like Semedo, so will either have to be renewed or sold soon.

Barça's wage bill is high but they will want to renew his terms. But City would be willing to offer much more.

For now, it remains to be seen what happens with Semedo, whose agent, Mendes, has sounded out clubs around Europe but has also spoken with Barça about a renewal.

City is his big hope but he knows it won't be easy because the English side prefer Roberto. Negotiations will resume in a few weeks.

Depay's goodbye to Lyon fans? "Y¿all will appreciate me when I'm gone"

Jesus: Maradona had passion for football, CR7 has a bit, Messi has nothing

Elections: Barcelona confirm new president will be elected on January 24