After Xavi said 'no', the club are looking for a coach until the end of the season. There are various options being discussed.

The former BEtis coach is liked for his footballing ideas, attacking play, possession football and, being a free agent, Barca would not have to negotiate his exit. His son plays for UE Sant Andreu and Quique has been seen in Barcelona to watch him.

Gabi Milito would be drawn by the Barcelona job. The former defender is currently coaching Estudiantes de La Plata, where Mascherano is, and is well connected with the Barcelona dressing room. 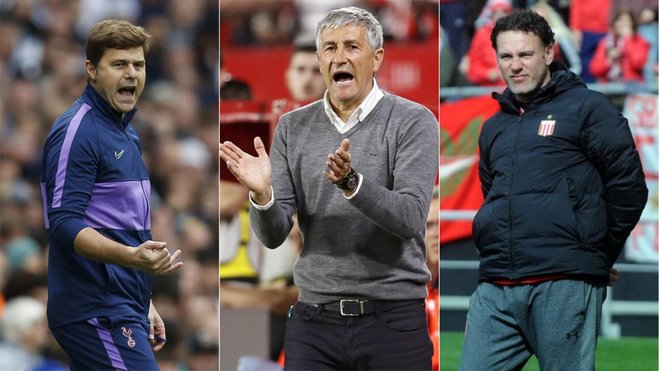 SPORT has reported that one sector of the club is a big fan of Titi and he has a good relationship with Eric Abidal. However he has signed for Montreal Impact for two seasons.

The former Spurs and Espanyol's coach's name has sounded out loud in recent hours, even though he said he would never coach Barcelona. Ramon Planes is his main backer.

Aduriz will have his hip operated upon on Saturday in Barcelona

The Premier League will return on June 17

La Liga will restart on June 11 and end on July 19
Fabian Ruiz moves further away from Real Madrid
Juve rule out Arthur and are aiming at other objectives
Ausilio: Whoever wants Lautaro will have to pay 111m euros for him
Show more

Neymar starts to force his way out of PSG

The Premier League will return on June 17

Aduriz will have his hip operated upon on Saturday in Barcelona