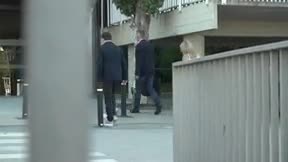 The motion against Bartomeu and the board reaches target signatures

Shortly after arriving outside the Auditori 1899, the leaders behind the motion of 'no confidence' against Josep Maria Bartomeu claimed 20,731 signatures had been gathered. However, that total wasn't exact as the official count revealed there were in fact 20,984 signatures.

This was the first task of those inside the club to decide how many signatures were presented. 24 employees went through the votes before later recounting them thoroughly. This was to ensure the threshold of 16,520 was reached.

In the end, only 277 of the 20,984 votes were considered invalid. This means the official count is 20,687. This is a historic record because a motion of no confidence has never achieved such strong support.

Atlético cruise to a 2-0 win vs. Betis at Wanda Metropolitano

Sevilla fall to Eibar with a 0-1 at Ramon Sanchez Pizjuan
Busquets: Penalty was too harsh, Betis had a clearer one not given
Real Madrid's Emilio Butragueno: VAR is there to help
Koeman: VAR only appears when it has to act against Barca
Show more

Koeman: VAR only appears when it has to act against Barca

Sergino Dest: It was nice to play the Clasico but I'm pissed we lost

Busquets: Penalty was too harsh, Betis had a clearer one not given