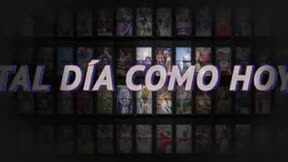 Barcelona expect to finalise Ter Stegen's renewal next week. The negotiations have been tough, according to sources at the club, because the demands were high, but things are now nearing an end. Barça president Josep Maria Bartomeu wants the issue sorted before his mandate ends. He feels the German goalkeeper is key to the club's future. The agreement will be until 2025 but the final details still need to be sorted.

Ter Stegen has always wanted to continue at Barça and his priority was to renew. However, he made it clear he wanted to be one of the best paid players at the club. He feels his contribution in terms of minutes and performances merits that. In addition, the market has changed a lot since his last deal and goalkeepers now are costing a fortune and earning a bomb -- and he doesn't want to be left behind as one of the world's best goalkeepers.

Talks have been tough and intense but honest. The goalkeeper never brought other offers to the table to pressure Barça. It's true that Chelsea, Bayern Munich and Juventus approached him, but he never wanted to talk to anyone who wasn't Barça.

Barça will improve his contract, as SPORT explained in June. He will have a small rise but his salary will go up significantly in the latter years of his contract. Barça are trying to balance their books at the moment and this was considered the best way to do the renewal as they deal with the financial consequences of the coronavirus pandemic. Ter Stegen and his agents understand the situation.

Ter Stegen loves Barça and the city of Barcelona. He is completely integrated but he also wanted a sporting project to convince him. Due to his injury, he's not played this season but his relationship with Koeman is good. He will renew to be Barça's goalkeeper for the present and the future. If everything goes as planned, next week could be the final meeting to draw up the contracts. It's almost done.

Pique: It's an atrocity that Barcelona spent money on criticising us

Koeman's opinion on whether Griezmann will start the Clasico or not