Barça are confident of bringing Eric Garcia back to the club despite Manchester City doing everything in their power to keep him in England. The La Masia graduate has so far refused to put pen to paper and is open to a Camp Nou return. Whether that is this summer or next year when his contract officially expires.

Barça and City are both aware of Garcia's desire to leave which is why both sides are open to negotiation. Nelson Semedo, who hasn't quite hit the heights expected of him at the Camp Nou, and Joao Cancelo, not had the same impact in the Premier League as he did in Serie A, are two names on the table when it comes to working out a swap deal. However, no official talks will take place until the Champions League has concluded.

The idea of a Semedo-Cancelo swap deal came from Jorge Mendes who, as luck would have it, represents both players. The 'super agent' has been trying to link Semedo with a move away in order to get his client an improved deal, whereas Cancelo hasn't settled in England and would be open to a fresh challenge elsewhere.

Pep Guardiola is a huge fan of Garcia's and played a key role in handing the young defender a sizeable wage rise to remain in Manchester. However, it soon became known to him that Barça wanted to sign Garcia this summer, needing to agree on a fee with City, or next summer on a free transfer. The lack of funds available at Barça mean that swap deals are the new go-to solution. And talks will resume in a few weeks time.

Barça have spoken with Jorge Mendes and were told an agreement would be possible if there wasn't additional money thrown in the equation. Camp Nou officials believe Semedo's value is much higher than Cancelo's at the moment. However, they wouldn't be opposed to selling Semedo to Manchester City and then using that money to finalise the transfers of Cancelo and Garcia to Barça. 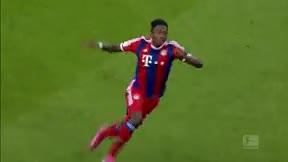 Bayer defender David Alaba leaves his future in the air

The reason these talks were put on hold is to ensure none of the players involved were distracted ahead of the Champions League restarting. City have Real Madrid to overcome to book their place in Lisbon whereas Barça must finish off the job against Napoli at the Camp Nou.

Barcelona believe Cancelo is the perfect fit for that right-back slot, especially as he's already got experience in LaLiga with Valencia. There are still question marks over his defensive abilities, which can be improved, but the club feels his desire to get into the final third is crucial to the football they want to play.

Semedo is a key member of the first-team picture at Barça. It took the Portuguese international a while but he's locked down the right-back slot and has improved with extra playing time. There were significant offers for his services last summer but the club said he wasn't for sale. As for now, that message isn't quite as clear.

The one player Barça are really interested in is Eric Garcia. He is seen as a fantastic opportunity in the current market and someone who is ready to return home. Now it's about working out the finer details of a transfer that will see both sides claim they got the better end of the deal.

Ansu Fati turns 18: The 'kid' grows up and will start vs. Alaves on Saturday

Barcelona negotiating salary cuts with players against the clock