Barcelona and Spain U21 international Jorge Cuenca has joined Villarreal in a deal worth an initial €2.5 million with an additional €4m due in potential add-ons.

Barça will maintain a buyback option on the defender or, if they don't exercise it, will be entitled to 20 percent of any future sale.

Cuenca, who made just one senior appearance for Barça, will spend the season on loan at second division side Almeria, Villarreal later announced.

The 20-year-old spent preseason with the first team but didn't feature in any of the friendlies despite making the bench for the first two and isn't in Ronald Koeman's plans. 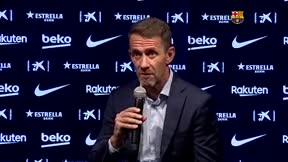