Villarreal have confirmed arguably - and easily - the best signing of the summer transfer window so far. The Yellow Submarines have announced the arrival of Dani Parejo on a free transfer from LaLiga rivals Valencia. He's signed a four-year deal at his new club.

Parejo was Valencia's captain last season and has just completed his ninth campaign at Mestalla. However, Peter Lim has decided that he didn't want to keep - or even really negotiate - a deal for his star man to leave through the back door.

Valencia do have some clauses, depending on the player and club's achievements, but those aren't expected to surpass €3m. 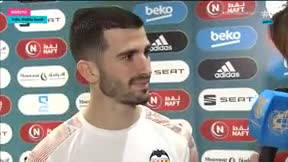 Parejo joins another former teammate, Francis Coquelin, in making the switch to Castellon from Valencia. His arrival was confirmed earlier in the day.

Unai Emery's new-look side also includes the addition of Take Kubo from Real Madrid on a season-long loan deal.