Barcelona are still trying to find a club for Philippe Coutinho for next season. For now, they have reached an agreement with Bayern Munich to extend his loan by two months to include the German cup final and the Champions League. Meanwhile, they continue to look for a long-term suitor.

Meanwhile, another element of the original Coutinho deal has been revealed in England. The Mirror report that Barça and Liverpool made a pact in 2018, when the Brazilian joined Barça for 160 million euros, that the Catalan club would not try and sign and more Liverpool players until 2020.

If they did, they would have to pay an additional fee. That clause, as of June 30, has now expired, so if Barça want to sign any of Jurgen Klopp's players, they can at least try once again. Another window has opened on the transfer market.

Remember that Barça have regularly signed players from Liverpool over the last decade. Before Coutinho became the club's record signing, they had previously signed Luis Suarez and Javier Mascherano directly from the Anfield club, who last week were crowned Premier League champions for the first time in 30 years. 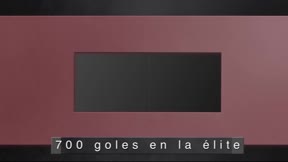 Leo Messi brings up 700 goals but memory will be bittersweet