Luis Enrique's squad selection looked like he was starting a new chapter with Spain and it got off to a winning start at Mestalla. The traditional possession-based play we associated with La Roja was still there but so too was the side's inability to turn that dominance into a commanding scoreline. 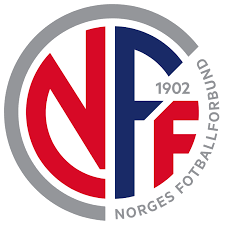 Alvaro Morata had the first big chance to put the hosts ahead but Jarstein saved to deny him. However Norway could do nothing to stop Jordi Alba's pass to Rodrigo Moreno which saw Spain deservedly go 1-0 up.

Spain continued to control the match with Ceballos and Parejo offering the creativity in midfield. Sergio Busquets sat just behind them and assumed the role we've seen him play for both Spain and Barça over the years, recycling possession to those further up the field.

For all of Spain's dominance they looked uncomfortable at the back. Quite how Norway didn't get on level terms remains a mystery. It looked harder to miss than score but Henriksen, instead of poking the ball into an empty net, ended up clearing it away from goal to save Spain's blushes.

The chances kept coming and being missed for the hosts but that uncomfortableness struck again in the second half when Iñigo Martinez gave away a needless penalty from a corner. Joshua King stepped up to bring Norway level, against the run of play, and test the confidence of this experimental Spain side.

Morata looked more like the version he showed at Chelsea rather than the goal-hungry one that's started life at Atletico Madrid. However he did win the penalty which saw Spain re-take the lead.

Sergio Ramos stepped up and, as you've already guessed, scoed a panenka. I guess the Norway keeper is the only one who didn't expect it?

There was time to give full debuts to Sergio Canales and Jaime Mata. Their performances in LaLiga fully justifying their place in the squad. Towards the end Asensio had the chance to kill off the game and spare the home side some nervous minutes but he got his finish all wrong. Thankfully for him, and Luis Enrique, it didn't cost them the victory.

Barça's Messi: It will be like starting again when LaLiga returns

Inter want to use Lautaro deal to move for Werner & Cancelo

The reasons Juventus have made Barça's Arthur a priority