Sergino Dest played well for Barcelona in the Clasico, even as they lost 3-1 against Real Madrid.

"It was a really tough match, we had chances, they had chances. Too bad that we lost. My first Clasico. I am pissed that we lost," said the American right-back, who took Sergi Roberto's spot.

Penalty: I didn't see it (the penalty) so I don't know it it was a penalty or not. I don't know. For me, just play.

Even game: They had chances, we had chances. They were maybe a little sharper. They finished. We have another game on Wednesday against Juventus and we have to focus on that.

Clasico: It's my first Clasico. It's a nice game to play of course. It's just too bad that we lost the game against Real Madrid. 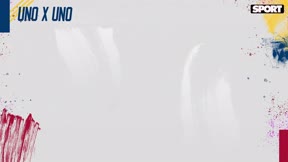