Just when it appeared like Liverpool had a free run at Thiago Alcantara this summer, Manchester City have made a last-ditch bid to secure the Spanish midfielder's signature. According to German newspaper 'Bild' and British publication 'Star', City are offering more money to both Bayern and the player than Liverpool.

Liverpool reportedly had a verbal agreement with Thiago but that could all change if they don't up their bid. So far, the Reds have offered €30m. 'Bild' claim the City bid is even higher. 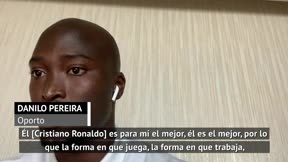 Cristiano Ronaldo has been offered to FC Barcelona this summer!

Pep Guardiola could be key behind these latest developments. It was Pep who worked with Thiago at Barcelona, as well as being the person who insisted Bayern sign the midfielder when he took over as head coach there in 2013.