Kylian Mbappe is staying at Paris Saint-Germain for at least another season, despite rumours linking him with a summer switch to Real Madrid.

The French international scored in the first minute of PSG's 4-0 friendly over Celtic.

"I'll be here for the fourth consecutive year of PSG's project," Mbappe admitted to BeIN Sports. 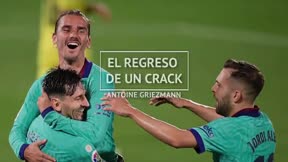 Injured Griezmann is given permission to go on holiday by Setien

Mbappe is under contract with PSG until 2022 and is happy to remain at the club. This year sees them celebrate their 50th anniversary.

"The 50th anniversary of PSG is an important date in the eyes of the club and it's supporters. I'll be here, whatever happens, to try and bring trophies to this club," confirmed the French superstar.

Juventus rule out making a move for Luis Suarez this summer
Nelson Semedo is edging closer to Wolverhampton Wanderers move
Bale: "Mourinho was a big reason for me coming back to Tottenham"
Juventus still want to sign Luis Suarez.. but could wait until January
Arturo Vidal will arrive in Italy today ahead of signing his contract with Inter
Moussa Wague is on the verge of joining PAOK on a season-long loan
Show more

Here are all the options available to Riqui Puig this summer