Arturo Vidal is on the verge of completing his move to Inter Milan. There are only minor details that need to be resolved as well as the player passing a medical. After reaching an agreement with Barcelona over the amount owed on his deal, Vidal will soon be an Inter player.

'Gazzetta dello Sport' claim they have seen the contract Vidal sign at Inter. They claim he'll pen a two-year deal earning €6m per season with an option to extend it by another year.

The 33-year-old midfielder has agreed to forgo the money owed on his contract with Barça, although some reports in Italy claim Vidal wants the €2.4m owed from bonuses accrued. 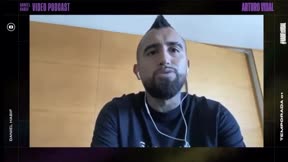 Arturo Vidal gives up €6.5m in order to push through his move to Inter

'Gazzetta dello Sport' also state Vidal will join Inter on a free transfer. Yet, once again, other reports claim it will be a deal similar to the one Barça agreed with Rakitic. This would see a symbolic fee paid upfront with further money due if he is successful at Inter.