Jean Clair Todibo has decided to leave Barcelona. Seeing he won't have opportunities to play under Ronald Koeman, he's looking for an exit this summer. He wants to play. He has offers and is weighing them up.

Per France football. Todibo met with Barça representatives last week to discuss his future. He revealed his plans and it was agreed the best option was to seek a move because he won't play regularly for the first team at Camp Nou this season.

After recovering from coronavirus, Todibo, who spent last season on loan at Schalke, has been back training in Barcelona. Another loan move has not been ruled out but nothing is off the table.

According to France Football, Pique and Lenglet will remain the first choice centre-backs at Barça. Todibo would have been a rotation player, along with Ronald Araujo and, potentially, Eric Garcia. 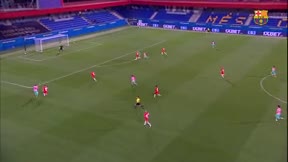 Barça wanted around 25 million euros for Todibo but that fee could now be reduced given the failure to sell and a loan could even happen.

Various clubs have shown an interest in signing the young Frenchman, including Benfica, Everton, Wolverhampton and Leicester City.