Cristiano Ronaldo did not train with Juventus on Tuesday and is poised to miss the Champions League clash with Barcelona. He tested positive on October 13 for the coronavirus and he will have another test later today to see if he is negative ahead of the game.

He tested positive while with his national team. Ronaldo's virus is asymptomatic and he has been in quarantine for 14 days. He missed three Juve games, two in Serie A and one in the Champions League.

If Ronaldo tests negative today he may be able to play against Barca and resume his rivalry against Lionel Messi from his Real Madrid days.

Andrea Pirlo would love Ronaldo back for the game but it will come down to how he tests. They drew their last two Serie A matches without Ronaldo, against Crotone and Hellas Verona, both 1-1. They beat Dinamo Kiev 2-0 in the Champions League thanks to a brace from Alvaro Morata. 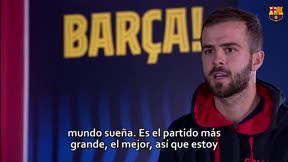