Xavi Hernandez has added to the growing list of messages honouring Iker Casillas' playing career. The pair were involved in many battles, both as part of the Spanish national side as well as rival captains in many El Clasicos.

Casillas and Xavi helped mend the ill will between Real Madrid and Barça players and won the Príncipe de Asturias de los Deportes award for that. 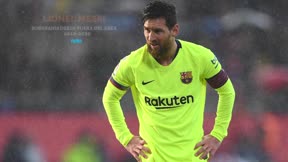 "Iker, thanks for the 23 years where we've been teammates, rivals and, above all, friends. During these years I've witnessed how you've grown as a professional and as a person. We've enjoyed victories and defeats together," posted Xavi alongside photos of the pair for Spain, as well as for Barça and Madrid.

"We've fallen out and made up. Although many people believe football is the most important thing, we know that isn't the case. We know that the most important thing is respect and dignity among humans. That is why we were able to solve any conflict and forge an unbreakable friendship. Congratulations on your brilliant career, friend. I wish you the best in this new stage of your life. Thank you, Iker."