The play exhibited by Barcelona in the six games so far since La Liga has returned has not been up to scratch. Apart from against Mallorca in the first one, the Blaugrana have lacked fluidity, with few ideas about how to break through enemy lines. A problem accentuated by the absence of Frenkie de Jong through injury. His ability to take risks and his versatility has been a top tool this season.

The Dutchman has only featured in that win over Mallorca before getting injured. He was rested against Leganes (2-0) but two days later hurt himself with a calf injury. His time out was not stated.

What's true is that without De Jong, Barca suffered against Leganes. Then they couldn't break down Sevilla, scraped a win over Athletic and drew with Celta and Atletico with lots of sterile possession.

Barca missed De Jong's intelligence and vision, which marks him out as a successor to Xavi or Iniesta. 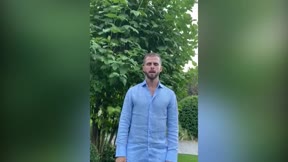 Despite this being his first year as a Barcelona player, he has adapted well and quickly. A toll which sometimes even the best players cannot always pay. He would have liked to start with trophies, but that now looks impossible.

De Jong, who cost 75m euros from Ajax, which could rise to 86m with variables, is a long-term signing who is delivering in the short term. He's played 3,003 minutes, even overtaking Busquets (2,876).

He won't be fit for Sunday's clash with Villarreal. However after that he may be able to return against Espanyol (July 8) or Valladolid (July 11). With the Champions League on the horizon and La Liga nearly over, Barca won't take risks.