Now that Lionel Messi's future has been resolved, attention turns to another member of the squad with an uncertain future: Carles Aleña. The La Masia graduate wants to prove himself at Barça after spending last season on loan with Real Betis. Interest in Aleña is high, especially from Italy, and a decision will need to be made soon.

The move to Betis was important for Aleña to gain extra playing time but the abrupt departure of Rubi didn't aid his progress. The 22-year-old is desperate to play week in, week out if he's to maximise his potential. Barça know this, as does Ronald Koeman. That's why the coach has asked the club to postpone any decision on Aleña's future until after preseason. He wants to take a closer look at the talented midfielder to see whether he can offer him the required playing time. 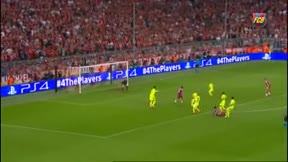 The formula that could finally solve Ter Stegen renewal

Koeman wants to give everyone, aside from Suarez, Vidal and Umtiti, a chance to prove themselves at Barça. Martin Braithwaite is another player who is hoping to win over the new manager during preseason. Aleña is determined to finally establish himself at Barça but will face stiff competition from new arrivals Pedri and Trincao for a squad role.

Koeman: Griezmann was unlucky, he couldn't do anymore against Juve

The candidates in the running to replace Bartomeu as Barcelona president

Sergi Roberto: We scored two but it could have been loads more