It came as surprise as it was announced so soon after the 5-1 Champions League win against Ferencvaros but comes after weeks of negotiations.

Pique's new deal runs until 2024, Ter Stegen's until 2025 and Lenglet and De Jong have signed extended contracts until 2026.

The agreements are motivated by the coronavirus crisis and allow Barca to make temporary salary adjustments this season and remunerate the players later in their deals.

Gerard Piqué extends his contract until 20 June 2024 and his buy-out clause stands at 500 million euros. The extension is subject to the player making a certain number of appearances from the 2021-22 season. The Barça number 3 is in his 13th season with the first team having made a total of 548 appearances.

Marc ter Stegen extends his contract until 30 June 2025 and his buy-out clause is set at 500 million euros. As such, the currently injured German goalkeeper will spend more than a decade as a Barça player.

Clément Lenglet extends his contract until 30 June 2026 and his buy-out clause stands at 300 million euros. The 25 year old French defender has made 89 official appearances in a Barça shirt.

Frenkie de Jong extends his contract until 30 June 2026 and his buy-out clause stands at 400 million euros. The 23 year old Dutch midfielder has played 47 games for Barça and this season under coach Ronald Koeman he has started every game. 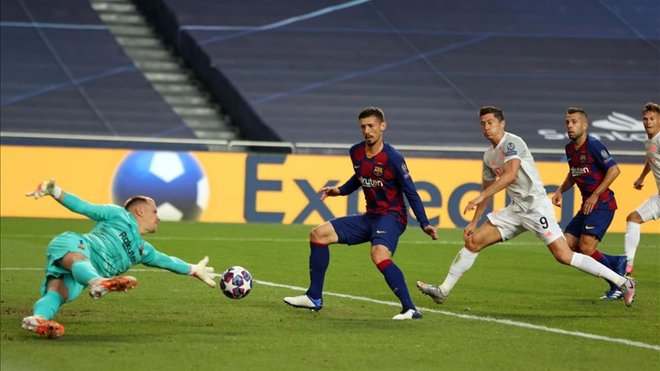 The club have been in talks with all professional athletes at the club to achieve wage cuts which will allow the club to balance the books in light of reduced revenue.

On Wednesday morning there will be further negotiations to try and achieve wage cuts across the board. The four players now renewed, along with the new signings, will now not be subject to those talks. As part of their new salaries it's thought they have taken around a 30 percent hit on their salary this season.

The coronavirus crisis was already factored into negotiations with Dest and Pjanic. 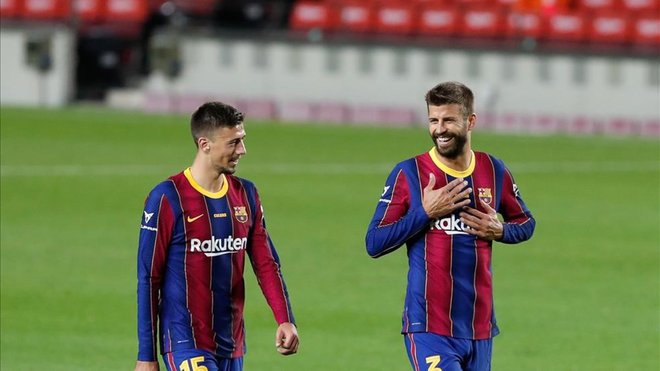 Juventus ready to loan Miralem Pjanic back for two years

Aymeric Laporte hits back after story about his future

Sergio Busquets tests negative for Covid, back with Spain