Ousmane Dembele, on crutches, is back in the Catalan capital. The Barcelona forward had his operation on Tuesday in Finland and will be out for six months while his right hamstring heals.

The French player left El Prat airport on crutches and with his friend Moussa Diatta, who is often seen with him.

Lasse Lempainen took charge of the operation, a member of Sakari Orava's team. Orava did Dembele's other hamstring two years earlier when he suffered the same problem.

Barcelona are allowed to sign a player to replace Dembele from Spain as long as the RFEF ratify the injury report, which they should do in the next three days. 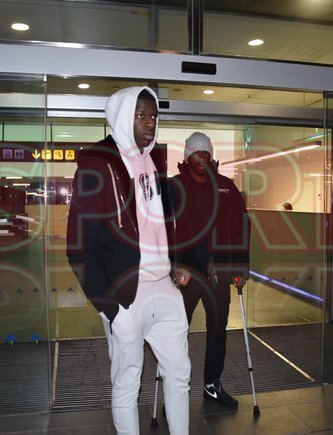 Sergi Roberto out for three to four weeks with thigh injury