According to El Periódico and later confirmed by SPORT, Leo Messi has asked his representatives to organise a meeting with Barça so he can leave the club on good terms. Messi has been at Barcelona for over 20 years and doesn't want to leave through the back door whilst embroiled in a war of words with the current board of directors.

Leo will take up a huge part of future books on the history of FC Barcelona. He's been one of the most important and relevant figures in the 121 years since the club was formed. He's made the decision to leave but doesn't want that to tarnish his legacy. 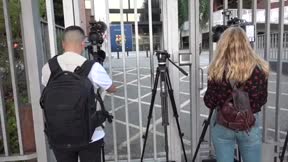 L'Equipe: PSG called Messi but he only wants to join Man City

Messi's decision to leave is final and all that's left is to reach a compromise with Barça, although that might not be easy. The Argentine star is hoping Barça will listen to his reasons and work on a solution which suits all parties. It is important for Ronald Koeman to know who is, and who isn't, going to form part of his new project. If Messi were to leave, it'd free up a considerable amount of salary space at Barcelona.