Negotiations between Barcelona and Juventus over possible swap deals have not stopped. Barça have offered many players to the Italians but they only wanted Arthur Melo, who is not ready to leave Camp Nou. The Brazilian's reluctance to move to Turin has put the brakes on Barça's hopes of doing a mutually beneficial deal between the two clubs on an accounting level.

Barça are happy for Arthur to leave because his two years at the club since he joined from Gremio in Brazil have not gone as well as expected. Continued injuries have slowed his progression. There are also internal reports at the club that say Arthur will struggle to become a regular in the team, so an exit is advised. But Arthur has rejected the idea of leaving.

In the conversations with Juve, though, another name has appeared on the table. The Old Lady don't want players with a low profile -- liked Junior Firpo or Jean Clair Todibo -- but someone more values, which has seen Ansu Fati, the young forward who burst on to the scene this season, emerge on the scene. 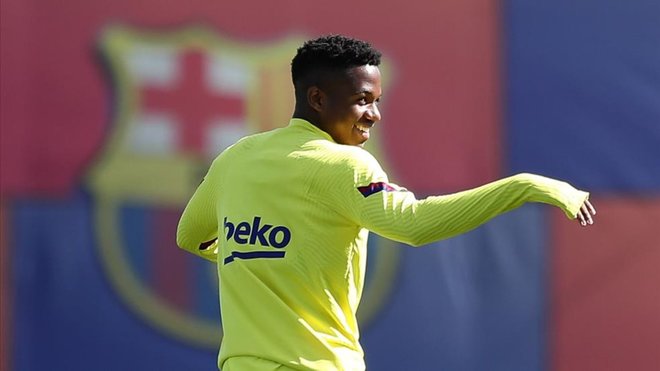 According to the Italian newspaper Tuttosport, Ansu is an option for Juventus. For them, any deal is currently dependent on either Arthur changing his mind or Barça offering Ansu.

The players Barça have shown an interest in are Pjanic and De Sciglio.

Changes are needed to keep qualification in Spain's hands

Juventus looking for the formula to re-sign Pjanic from Barcelona

Barcelona and Neymar reach agreement to end all legal disputes