Ansu Fati now knows his contract is going to be renewed. Barça have told his representatives that in the next few years they'll extend his current deal, as stipulated in his previous contract, and will secure his future at the Camp Nou until 2024. Ansu will officially be promoted to the senior side, be given a shirt number and see both his salary and buyout clause increase significantly. The latter rises to €300m.

The meeting between the player's representatives and the club is imminent and all details should be confirmed this week. This is to avoid any interested clubs in depositing his current buyout clause with LaLiga.

Barça have always wanted Ansu to remain at the club but it would be a lie to say there weren't some moments of tension. Just before lockdown, the young forward had dropped out of the first-team picture and wanted guarantees about his playing time for next season. Both Ansu and his entourage felt like he an established member of the senior team and wanted a clear idea of the club's plans for him. The interest from abroad appeared at this time also.

Jorge Mendes approached Ansu's representatives and let them know he could find a new club for the exciting winger. Mendes has close ties with Manchester United, who were looking for a player with similar attributes to Ansu, and the English side asked how much Barça wanted for him. 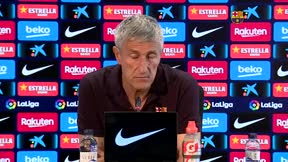 The sporting department always took United's interest seriously and a meeting was held to discuss whether or not they should accept a bit of €100m for Ansu. Club president Josep Maria Bartomeu, as well as all the other directors, rejected talk of any sale but Mendes kept trying to force a move.

Manchester United were planning to spend €120m on Jadon Sancho but with wages and bonuses that deal would cost over €250m. This was when Mendes suggested United offer close to €170m for Ansu because the youngster wouldn't ask for astronomical wage demands. United didn't follow through with that bid but Barça felt the need to go ahead and die down Ansu to a much stronger - and fair - contract.

The sporting department grew tired of telling Mendes they weren't going to negotiate a deal for Ansu and pointed to the buyout clause. The player also received assurances that he would play a key role in the future of the team. Fati has shown his quality this year and will likely start against Napoli in the Champions League.

After those most recent conversations, it was Bartomeu who took control of Ansu's future and decided to secure his future remains at Barça. The president is also open to the youngster's deal being improved year upon year depending on his success and development. Barça are convinced that Ansu could become one of the best players in the world over the next decade.

Rivaldo responde a Matthäus
Barça have completed the signing of Cameroonian youngster Frank Angong
Real Madrid will be forced to sell Bale and James Rodríguez on the cheap
Manchester City enter the race to sign Thiago Alcántara from Bayern
Neymar equalled one of Messi's Champions League records last night
Cristiano Ronaldo has been offered to FC Barcelona this summer!
Show more

Xavi: "I don't believe now is the right moment to return to Barça"

Barça have completed the signing of Cameroonian youngster Frank Angong

Cristiano Ronaldo has been offered to FC Barcelona this summer!

Nelson Semedo returns home: "It will be a very special match for me"