Little by little, more details are coming out regarding the agreement between Barcelona and Atletico Madrid for the transfer of Luis Suarez.

Suarez, 33, will bring to an end a six-year stay at Camp Nou to move to Atletico. He joined Barça from Liverpool in 2014 and has become the club's third highest goalscorer, with 198.

Here are some of the details of the deal: 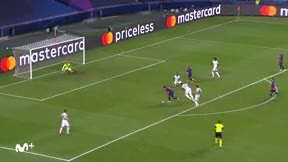 Atletico have offered Suarez a two-year deal, until June 2022. His contract with Barça was due to expire in 2021 and if he fulfills the deal with Atletico he will be 35 when it ends.

NO FEE UP FRONT

Despite Barça hoping to bring in a transfer fee, the final agreement will only see them make money in variables. They will receive two million euros if Atletico reach the quarterfinals of the Champions League in each of Suarez's seasons at the club.

A few days ago, it emerged Suarez had rejected a deal worth eight million euros to play for Inter Miami in Major League Soccer. He wanted to remain in Europe and for that reason was prepared to accept less to sign for Atletico, who will pay him 7.5 million for each of his two seasons at the Wanda.

Elche cruise to a 0-2 win vs. Alavés at Estadio de Mendizorroza

Koeman: "Messi's performances could be better but he is happy"

Eto's furious with France Football for labelling him a right winger