As revealed by SPORT last March, FC Barcelona have today announced an agreement with Sao Paulo for Gustavo Maia to join Barça B for next season. The Brazilian striker has agreed a five-year deal and his buyout clause is €300m.

The total cost of the deal is €4.5m. Barça had already given €1m to guarantee the option to sign the player and they've now handed over the remaining €3.5m to complete it.

Gustavo Maia, who was born in Brasilia in January 2001, is 19 years old and joined Sao Paulo when he was 14. 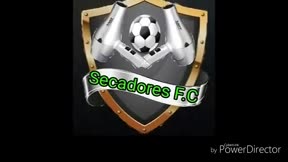 Since then, he's scored goals and won titles across various categories. In total, Maia has won seven trophies and his best goal return came in 2018 when he scored 30 in 36 matches.

He's already capped by Brazil's U16 and U17 sides. He's a rapid winger, who normally plays from the right even though he's left-footed. He's a great dribbler and has strong shot power too. The last tournament he impressed in was the Copa Junior.