Pierre-Emerick Aubameyang wants a three-year deal and 250,000 pounds a week to renew his contract at Arsenal, according to ESPN.

Aubameyang, 31, has just one year to run on his contract at the Premier League side, who have started talks to try to get him to prolong his terms.

The problem Arsenal have is that they are not guaranteed to be in Europe next season, and far less the Champions League.

Aubameyang, along with Leicester City's Jamie Vardy, is the top scorer in the Premier with 19 goals and has been linked with a number of clubs, including Barcelona and Juventus. 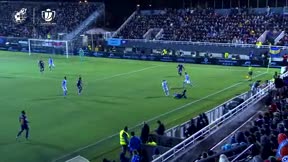 Since he joined Arsenal from Borussia Dortmund for 56 million euros in 2018, he's been fundamental for the team and after scoring two goals against Norwich in midweek he became the quickest player to reach 50 goals in the club's history (51 in 79 games).

He's now ready to extend his stay at the Emirates but only if Arsenal match his demands. He's currently on 200,000 pounds a week and has asked for a wage hike and a long-term deal to stay.

While his request is sizeable for a player over 30, Arsenal understand that he's a central part of Mikel Arteta's project.