Arturo Vidal is poised to join Inter Milan. His agent met Barcelona on Monday to seal the liquidation of his contract at Camp Nou. He is letting a 6.5 million euro fee go to sign on for two years with Antonio Conte's team, with one additional year optional.

Barca will get around 0.5 million for Vidal, a symbolic fee, like that Sevilla paid for Ivan Rakitic. There will also be variables - Rakitic cost 1.5m plus variables that could take the deal to 9m.

Once the player took the decision to leave, the debate focused on how much he would receive as a pay-off. Vidal trained alone yesterday in the gym, and also spoke to his team-mates, presumably saying goodbye.

He is ready to link up with his former Juve coach Antonio Conte. Inter are waiting with open arms. Serie A is the last league to start and Inter's season is further delayed after they played in the Europa League final. 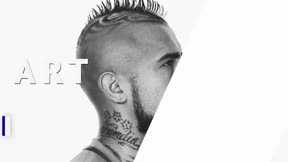