PSG could have serious problems if they want Antoine Griezmann this summer. He has played poorly and Barca and not had as much game time as he would have liked.

Griezmann is a target with Edinson Cavani leaving the French club.

French media says PSG have spoken to him to find out his opinion and current situation.

However it's not a simple case. France will be one of the first clubs to shut their transfer window this summer. Their window will shut on July 7. The rest of the big leagues do not close shop until October. 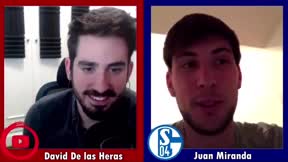 In this sense, if they want Griezmann it will have to be an express transfer - super fast. They will also have to hold off other clubs going for players, eg, Neymar, after the window shuts in France but not across Europe.